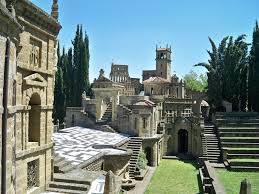 La Scarzuola is a place located in Montegiove, in the province of Terni, known for the convent where St. Francis of Assisi lived, and the city-theater designed and built by Tomaso Buzzi.
The name comes from a plant called the scarza that used by the saint to build a cabin in the spot where he had planted a rose and a laurel, from which a water source miraculously started to flow. The convent was founded in 1218 and then bought in 1956 by Tomaso Buzzi (1900-1981). Next to it, the architect built his ideal city.
The city consists of seven theaters, which stand for a metaphor of human life, and finds its climax in the Acropolis. The style that best identifies this place is neo-mannerism: stairways leading in every direction, deliberately disproportionate elements, monsters, monuments and buildings stacked on one another are all elements used to create a surrealistic labyrinthine.
In 1981, upon the architect’s death, the project of La Scarzuola was put into the hands of Marco Solari, who completed its construction according to the original designs of its author. 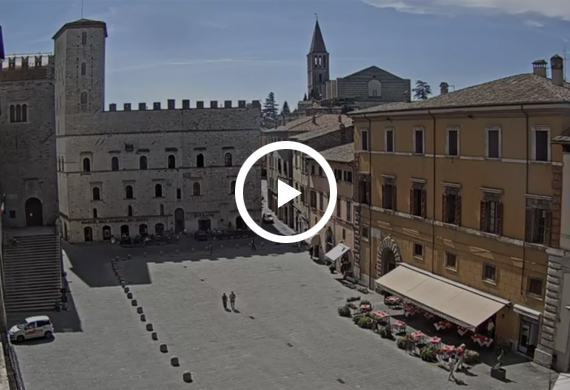